Andrew Johnson looks at the evidence for the cover up of free energy technologies including Radiant Energy, Cold Fusion and Magnetic Motors. If there is a viable alternative to burning fossil fuels or using standard nuclear power, the implications for the world; economically, socially, politically and environmentally, are staggering.

Filmed on Sat 11th May 2013 at Teviot, Edinburgh
www.awakenedstate.co.uk

Bruce DePalma graduated from M.I.T in 1954. Over the next 40 years he would conduct series of experiments which would lead to earthshaking implications regarding principals of rotating masses. This website and media presented herein is dedicated to his series of experiments and his life’s work.  http://brucedepalma.com

COMMENTARY ON THE DEATH OF BRUCE DEPALMA

Like opening up a Cracker Jack box, Speaker of the House Nancy Pelosi is now telling Americans that we’ll get to find out what is in ObamaCare AFTER it has passed! The clock is ticking on Congress. President Obama has dictated there will be a vote by March 18th. Feeling the heat, Speaker Pelosi is…

For more information, please visit LaRouchePac.com Related Videos: Agent of a Foreign Power: Britain June 28, 2011, Harold Koh represented the White House in a senate committee hearing, before the mark-up of the Kerry-McCain bill, which would, in effect, make side-stepping our Constitution a legitimate means of executing Presidential policy. Why would the Senate defend…

This video explains exactly How, and Why, we must declassify, and get control of the weather warfare programs. Please pick a few ideas, and see what you can do! Source: The HAARP Report This is a VERY important video, so please download it, forward it, and use the information. Be sure to watch my video…

Dr. and Attorney Orly Taitz compares judicial abuse and undue pressure as like the Soviet Union, and mentions that Judge David O. Carter, had taken as his Law Clerk, Sidharth Velamoor, a former attorney for a firm which represented prior to October 2009 Obama’s defense firm. And that standing was not an issue, as she… 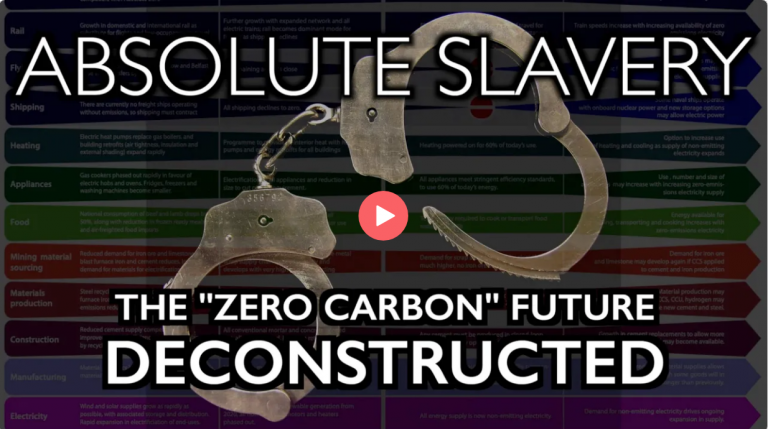 What is a zero-carbon future? What does it look like? To imagine, turn off your heater. No airports. No shipping. No animals. Perfect surveillance state. In this Ice Age Farmer special report, Christian breaks The “Absolute Zero” plan.