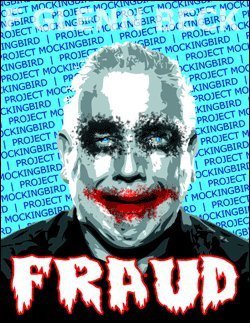 Glenn Beck has his credibility on the line (All of Fox News as well) if the Obama eligibility movement continues to grow. The growth of this movement would expose the deliberate suppression of the news regarding the lawsuits and allegations against Obama about his possible ineligibility. He is desperately trying to cover his lies and many excuses to make this issue go away.

Beck talks about Alinsky, but here he is using Alinsky tactics against his own fans ONCE AGAIN.

Obama is using TAX DOLLARS to fight these lawsuits and he has hired guns like Glenn Beck to shoot down and nip in the bud, any allegations or theories immediately. Is Obama paying Glenn? No, but the Saudi Prince is a huge stock holder in Fox News and he is paying Glenn’s salary.

Why has Glenn chosen himself to take on this issue so fanatically? What does he have to gain? He wants the people to sit there and stare at his blackboard as we lose the country? He wants to talk about the US Constitution and then close his eyes to the biggest violation against it?

Officers in the military have been speaking out to this gross violation of the Constitution by Obama. They are the real patriots, not Glenn Beck. Beck is a PAID ACTOR…take your damn heads out of the sand. Many of the people on the internet fighting to keep this cover up from growing are paid Obama operatives. They patrol the internet looking for any signs of this movement and they attack it relentlessly, because they fear it AND Glenn Beck is on the side of the enemy when it comes to this issue.

Be my guest if you want to continue talking about health care, YOU LOST. It has accomplished nothing except distracting you from the real issue – OBAMA’S INELIGIBILITY.

We the people, are calling for Glenn Beck and others in the media such as Bill O’ Reilly and Chris Matthews to testify under oath about this issue to determine if there is a criminal conspiracy to defraud the public and cover up multiple felonies alleged against the President.

WE the people, are not calling for Obama’s birth certificate, that time has passed. We the people need to deem him guilty of treason due to his deception and arrogance to release his records.

Glenn is a Saudi puppet and a double agent that is playing both sides of the fence for his own survival. He is a traitor, many of us see right through his lies and he is a disgrace to the conservative movement. I am calling for people to shut Beck’s TV show off and radio show as well. What else is he lying about if he can not tell the truth about this issue or report about it FAIR AND BALANCED?

Glenn Beck did an interview on the Peter Boyle radio show and he was bombarded with questions about his mishandling of the Obama eligibility issue. The people are not blind Glenn, we see that you are part of the MSM cover up and we have turned off your show you fraud. You lost all credibility and this is coming from a FORMER FAN.

Peter Boyle of KHOW of Denver, CO, did a great job during this interview and Beck was caught off of Murdoch’s script and that made him even more flustered.

Beck lost 1.3 million viewers since his attacks on the Obama eligibility movement in January. He did get a big spike after his lame interview with Massa, but after people hear this Boyle interview that spike should not last long.

Glenn Beck, Bill O’ Reilly and FOX News have emboldened this entire communist agenda, by turning their heads and closing their eyes to Obama’s ineligibility issue. The left saw that as fear and they have been stepping all over us ever since.

Beck made these statements during the interview:
He warned Boyle that he was “entering dangerous territory”. Dangerous? Please tell us more Glenn?
I have not looked into it at all?
Glenn said – ‘Where he was born? I don’t know?’ Then in the next breath he says “He cares about the U.S. Constitution.”
Glenn said that ‘Our rights are being violated right now and I want to concentrate on that’
Also notice how Beck keeps trying to change the subject? You have been exposed once again Glenn, you fraud.

Glenn? Our rights are being violated right now due to 19 months of the media cover up of Obama’s eligibility issue. WE could have been playing offense rather than defense if you cowards at Fox News had the guts that Michael Savage, Jeff Kuhner, Peter Boyles and Steve Malzberg had.

Beck is a traitor and a liar and his fans are clueless brainwashed fools if they can not see that Beck is part of the corporate owned media complex after listening to this interview. We do not need you talking about issues that will stop nothing Glenn.

There is more to this than a birth certificate and Glenn knows that damn well. He can get away with that on his toothless audience, but not with people that actually have intelligence.
WE THE PEOPLE want Obama to resign, we do not want a birth certificate at this point GLENN…
WE THE PEOPLE want the liars in the media that are part of this cover up charged, YOU included GLENN
Glenn, we need you to talk about issues that will get these bastards removed. If you lack the guts to do that, then admit it, but do not attack us that have the balls that you lack, you coward.
So, in other words Glenn, keep your mouth shut when it comes to us, because I swear I will not stop until you are destroyed and under a table with another bottle in your hand.

Pastor Manning, Orly Taitz, Phil berg and Myself (just to name a few) work almost around the clock to try and undo what you have sabotaged for the Saudi Prince.

What is your real agenda, Glenn?

Who are you really working for when you try to undermine the eligibility issue?

If Glenn really wanted that red phone to ring, he knows what to do, but he lacks the guts to question Obama’s eligibility. IT IS ALL AN ACT………

https://youtu.be/UzKFly-FWU4 Alan Keyes drew attention to the Marxism of Barack Obama when he ran against Obama for the U.S. Senate in 2004. “Thanks to my experience with Obama,” he said, “I had the strong sense that his tenure would mark a major crisis that would threaten the survival of constitutional self-government, of, by, and for…

Video Source: http://youtube.com/mom2threebabes Ron Paul Rally at the memorial union terrace on the campus of UW Madison, Wisconsin. This is the full speech minus the last three minutes. Suggested Article: A spy’s report from inside the Romney campaign This fascinating, but anonymous report, published by Ron Paul Forums Liberty Forest, offers an insider look at…

Jack Hunter speaks at Nullify Now! Chattanooga on 10-23-10. Hunter talks about the endless growth of government under both political parties, how Pelosi, Kagan and others have no respect for Constitutional limits, what the founders intended, limited vs unlimited government, the unconstitutional prohibition of marijuana, California’s medical marijuana laws as defacto nullification, immigration in Arizona,…