The Bipartisan Big Government Establishment is due for a fall & Hitlery… AKA Hilary Clinton is flying this crazy Zeppelin straight to the ground.

Clinton is at the forefront of covering up the attack on the U.S. Consulate in Benghazi September 11 2012, & it can now be reported that Chris Stevens may have grown a conscience, while being a pawn in this Continuation of Paramilitary arms smuggling. That goes all the way back to the days of Ollie North  & what they dubbed Iran Contra AKA Operation Black Eagle.

Disturbingly enough she appears to be positioning herself to make a run for the Presidency in 2016.

This is a woman that stated back in July of 2009 that it is the CFR that gives the Orders…
& just exactly who & what is the CFR you say?.

The Council on Foreign relations was founded in 1921 in the wake of WW1.
This is a round table group that mirror’s what the League of Nations was intended to be.

Operating in America against the interests & Sovereignty of the American Citizenry.
In a Republic it is We the People that give the orders not a political think tank.

As Secretary of State  Clinton has a lot to answer to the especially to the American people.

She has been as outrageous as to say What difference does it make! In reference to the lives lost.

The difference is that Hillary is finally on the hook for War Crimes & treason that’s the difference here’s why.

Like a dying fish on the hook Hillary’s own statements are causing the ruling Class to lose the Infowar.

Back in February of 2012 Hitlery admitted that Al Qaeda aka the Mujaheddin, whom was funded by the U.S. in the late 70’s early 80’s to defeat the Russian inquisition in Pakistan, is working & has been working with the CIA, they are both on the same side. She stated in a BBC Interview ’’We have a very dangerous set of actors in the region, Al-Qaeda, Hamas,& those who are on our terrorist list to be sure.

It doesn’t take a member of the Nooze brotherhood (Rand Paul) to realize that Clinton is not fit for office.

It’s a total cover up from White-house spokesperson Jay Carney to Ambassador to the United Nations Susan Rice.

All the way to the very top. The  lies  continue to be spoon-fed to the American public.

They attribute the violence that took place in Benghazi to a Anti Islamic Youtube video…
The truth is most of the rioters did not & have not seen the video.

If there is one person in the Obama Administration to be named solely responsible for these murders it is Hillary R Clinton!

If you study her character the week after the attacks, it was one of constant defense & deception outwardly showing her guilt  while testifying before congress January 23 2013.

To imagine her elected to the highest Office in Government… would be a Hellish Nightmare.

Now it’s said that even the wicked know how to shower their offspring with gifts… Would Hillary directly maim her daughter Chelsea & then say what difference does it make? Of course not.

The fact she said what she said proves she does not care about our fellow American Families. We can see this treasonous wind bag for what she really is a cold hearted evil oppressor.

Her Internal investigation into the matter is as much of a joke as Allan Dulles investigating the JFK Murder.

No survivors were interviewed truly a coup de tat executed by Clinton.

Clinton had received Intel warning her of the lack of security at the Consulate & did nothing to alleviate the matter she allowed the Hit to take place. The families of Sean Smith,Tyrone Woods,Glen Doherty & Chris Stevens will have Justice though the Heavens fall.

RON PAUL IS THE CHOICE OF THE TROOPS! This speech was delivered at Jillian’s Billiards in Manchester, NH at the Boots to NH debate watching party on January 7th, 2012. Thanks to Ian Cioffi and crew for making this possible! Cpl Jesse Thorsen speaks out for Ron Paul despite US Army censorship! http://www.facebook.com/events/192677970828185/ http://www.facebook.com/VetsforRonPaul http://ronpaul2012.com…

In this episode of Newsbud’s Roundtable Professor Abigail Hall Blanco provides a deeper look into the driving factors behind official drone policy, who it benefits and why. We are also joined by Erik Moshe, a Newsbud Analyst & Author. We cover Erik’s recent series ‘The New Drone Order, Part IV- Reapernomics: An Economic Way of… 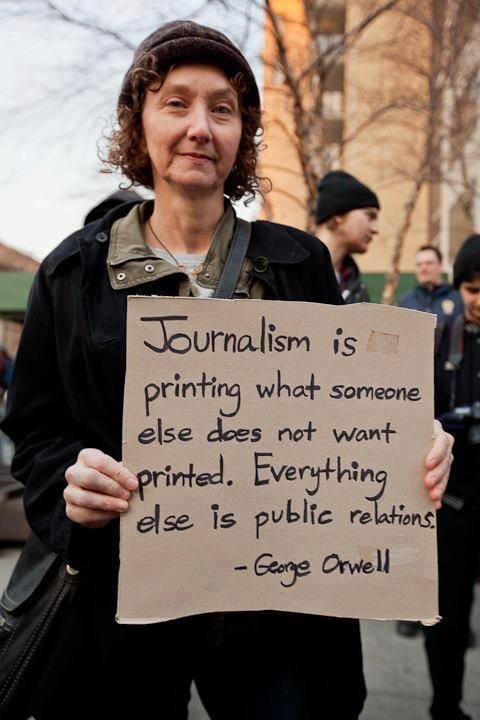 ARE YOU A VICTIM OF VOTING FRAUD? http://electionfraudremedy.com The grassroots are fighting til their last breath and that’s as it should be. People who believe in liberty should continue to resist tyranny with every weapon available. Ron Paul won his first seat in congress because the winner became ill and left his seat. Ron won…

Insanity. This announcement from my NYS county says that 5 people are hospitalized with COVID 19 - in a county of 59,000 - and that therefore ‘due to COVID’ the State of Emergency will be extended for another month. They might as well just announce the coup.

Since Facebook and Instagram just deleted my professional pages with millions and my personal page with 80,000 alone not to mention my food page in my product pages with hundreds of thousands and zero violations, come join me on telegram. I feel free. http://T.me/ErinHealthNutNews

The vaccinated in the US will now be fronted with a difficult dilemma. Taking off their masks they have bonded with or be mistaken for being an unvaccinated person. 🤔