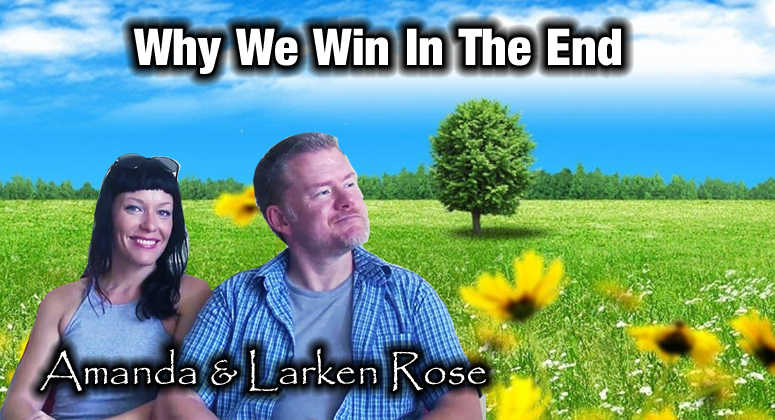 Some of us won’t forget how tyranny happens.

“Indeed, the worst atrocities in history were first made “legal,” and were carried out in the name of “law enforcement.” This was true in Nazi Germany, in Soviet Russia, in Communist China, and under dozens of other oppressive regimes, and even in supposedly free and enlightened countries. For example, the abuse and murder of the indigenous peoples in what is now Canada and the United States was done by agents of the state, in the name of “law.” And for many decades the heinous institution of slavery was also legal—though utterly immoral—and was enforced by governments all over the world. The list of examples of legalized injustice and oppression is nearly endless.” ~Larken Rose

The author of several books—including The Most Dangerous Superstition and the novel, The Iron Web — Larken Rose has been an outspoken advocate of the principles of self-ownership, non-aggression and a stateless society for over two decades, giving in-person talks at dozens of events, and producing many hundreds of articles and videos, including “If You Were King,” “The Tiny Dot,” “The Jones Plantation,” and “It Can’t Happen Here!” Activist Post

Delete Lawz – When we overturn Terry v. Ohio there will be an immediate and overwhelming change that impacts all Americans, at the street level.

Fragile mRNA molecules used in COVID-19 vaccines can’t get into cells on their own. They owe their success to lipid nanoparticles that took decades to refine.

Frontline Covid-19 Critical Care These brave doctors are rising to the highest ideals of the Hippocratic Oath they took to save the lives of the patients who come into their care. These are the truest heroes of this ruthless pandemic. They have chosen to #followthescience​ and save lives—and have refused to be party to the…

Dr. Susan Nagel, associate professor of obstetrics, gynecology and women’s health at the University of Missouri, explores the link and cracks open the issues behind the use of endocrine disruptors in hydraulic fracturing. You can join the “#FrackFreeNC” campaign to raise awareness about this major water quality and health issue by visiting Twitter or Facebook….