The Oregon Republican Party held their Congressional District Conventions on June 23rd, 2012. This video is from the 3rd district. The only business to take place was electing the delegates to the Republican National Convention, their alternates, district chairs, and Presidential electors (should the Republican nominee win Oregon).

After the delegates had been elected across the state, party officials realized that a well organized band of Ron Paul supporters had been outvoting the preferred establishment choices. The only way they could defeat the Ron Paul supporters was to delay the rest of the voting until the conventions were scheduled to adjourn. At that point, citing an RNC rule, the state executive committee would then have the authority to appoint any unfilled spots in the delegation.

The key phrase is “The state Republican Party should make every effort to elect those individuals filling the vacancies in the delegation in the same manner as the delegates were originally elected or selected”. They Oregon Republican Party obviously failed to abide by that rule, and did everything they could to circumvent it.

To pull the wool over everyone’s eyes, they had to lie about the delays. In order for any Congressional District to continue voting, every one had to have completed the previous round of voting and counting. In CD3, we were told the hold up was ballot counting in CD5. CD5 was told CD4 was the source of the delay. CD2 was blaming CD4. CD4 was blaming CD5. CD1 was blaming CD3. When in reality, each of the CDs were moving along just fine, and supposedly waiting on a different one.

We continued the meeting outside, where we recredentialed everyone and elected a temporary chair and secretary, since the officers were no longer present. Through a series of other motions in accordance of Robert’s Rules of Orders, such as suspending certain rules by 2/3 majority, we were able to continue voting, and finished electing all of the alternate delegates.

Ironically, shortly before the illegal attempt at adjournment, the convention featured a video on voter integrity, via a group called True The Vote, which focused on exposing and defeating voter fraud.

Our voting records were discredited by the ORP when they met in their executive committee meeting, and big surprise, all of the establishment choices were appointed. They even broke their own rules and bylaws by appointing someone as an alternate who had not filed to be one, as there were only 4 official alternate choices left for CD3, and by not breaking their own law, they would have had to appoint a Ron Paul supporter to one of the 3 available positions.

One would think that the Republican Party would strive to work with this highly motivated, organized, and knowledgable group of Ron Paul supporters, and find ways to incorporate that energy and organization into the party, rather than push them away.

The Fox News-led GOP debate last night in South Carolina gave the first formal glimpse of the emerging 2012 GOP presidential field, though more thought was perhaps spent on the presumptive (selected & vetted by the establishment) big name contenders who have yet to enter or debate. Congressman Ron Paul was perhaps the most well-known…

Donald Trump is completely wrong in his assertion that Paul has “zero chance” of beating Obama. Indeed, once the establishment media gets its teeth into the likes of Palin, Romney, Gingrich and indeed Trump himself, their compromised backgrounds will almost guarantee Obama the victory, whereas Paul’s squeaky clean track record cannot be as easily distorted….

Let me make this clear, I am by no means a religious person.  My children and I don’t attend church.  I have many personal reasons not to.  However, I have never heard a more genuine spiritual leader than Pastor Manning.  Please pray for and stand with Lt. col Terry Lakin. Hon. James David Manning, PhD… 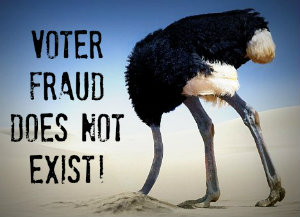