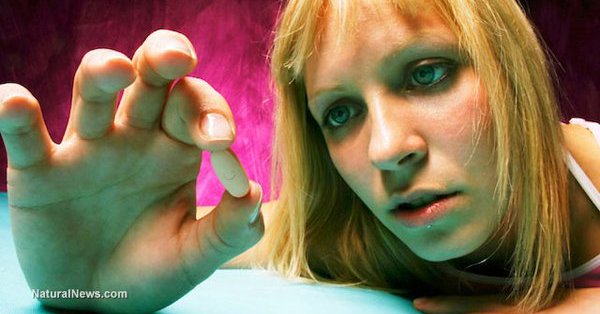 My experience with an troubled young adult child who has been living with mental illness due to exposure, initially with LSD, led to my investment of time in the following investigation about the upsurge in mental illness:

The Marijuana “Legalization” movement has paved way for massive depression and schizophrenia in the youth, now approaching middle agers, who lives have been destroyed by massively potent levels of THC and newest, Delta THC/CBD hybrids:

“Delta-10 THC can be derived from CBD and is another alternative to Delta -9 THC. Because of a loophole in the 2018 farm bill, it is sold in states where marijuana is not legal. In states where pot is legal, consumers can go to vape shops and gas stations to buy it and avoid the taxes on state-regulated pot.” read more.. The Devil Is In The THC Details

Update from Corbett Report: There is no Chemical Imbalance behind Mental Illness – You’ve been Lied to!

The psychiatric mafia and their big pharma handlers have been pushing a chemical imbalance as the cause of mental illness now for decades to sell more of their toxic drugs which merely mask symptoms and cure absolutely nothing. Their lie is finally catching up with them.

Jerry Marzinsky BA M.Ed.— Jerry is a retired licensed psychotherapist with over 35 years of experience working with and studying the thought processes of psychotic and criminally insane patients in some of the most volatile psychiatric institutions in the nation. He has held the positions of 2nd Lt. Arizona Civil Air Patrol and Assistant Scout Master. His formal academic training comprises a B.A. in Psychology from Temple University, a Master’s Degree in Counseling from the University of Georgia, and two years of study in a Ph.D. Psychology program. He is the co-author of An Amazing Journey Into The Psychotic Mind – Breaking The Spell Of the Ivory Tower.

✅ Visit Jerry’s Rumble Channel: The Presence of Other Worlds in Schizophrenia

Dr. Berg interviews a guest, Dr. Linda Lagemann a Clinical Psychologist for 25 years and an associate professor in a top medical school. https://www.youtube.com/watch?v=tvGv1CaLkf8&

I had my eyes open, I think it just took one too many times of having somebody come in to see me like a regular person on psychiatric drugs and not doing well, in fact doing worse and worse. And the people I saw by the way, these were not people whose hearing voices like severe. These are regular people actually high professionals top of their game, financial industry and it was just one too many times of somebody saying how they are feeling disconnected, the relationship is not starting to suffer that didn’t have the problems before because they just felt emotionally disconnected. ~Dr. Linda Lagemann

All psychiatric drugs target and damage the brain. You don’t need bombs to destroy a country. 79 million Americans are on psychiatric drugs — that’s 1 in 4 people. Over 1 million are under the age of 6. Brain damage. America, get out of this trap! https://t.co/DxUDpOwoI2

Are All Psychiatric Drugs Too Unsafe to Take? Answer: Yes

Psychiatric drugs are more dangerous than you have ever imagined. If you haven’t been prescribed one yet, you are among the lucky few. If you or a loved one are taking psychiatric drugs, there is hope; but you need to understand the dangers and how to minimize the risk.

The destiny of humanity lies in the decisions we make.

Curt Linderman speaks with Dr. Blaylock about the devastating health effects of the chemtrails and geoengineering programs which have been implemented in secret without public consent.

“As in other aspects of their “behavioural control” over the American people, their most constantly used weapon against us is their employment of federal agents and federal agencies to carry out 5 their intrigues. The proof of this operation may be the most disturbing revelation of my work.” ~Eustace Mullins Murder By Injection PDF

Warning to all humankind: what has been injected to the entire population isn’t a vaccine. Share this video with all your family, friends and neighbors.