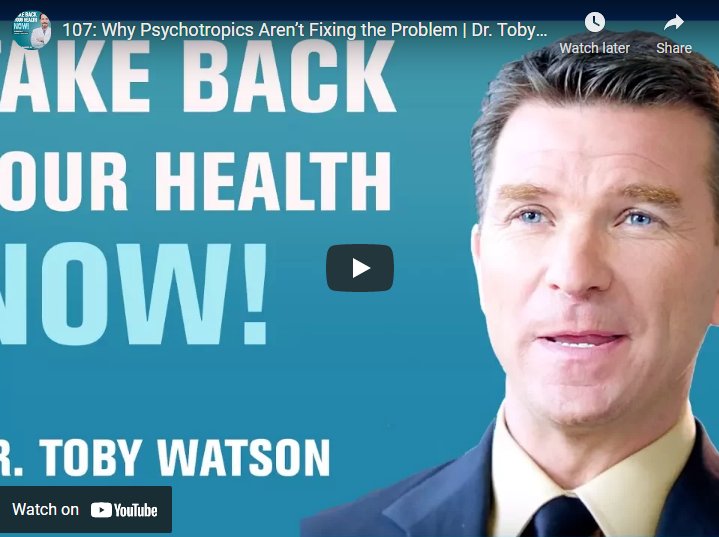 “I am not anti-med. I’m anti-misleading people. But let’s not lie to people. Let’s not pretend a psychiatric drug is ‘medicine.’ Let’s not pretend this is a ‘treatment.’ This is a drug. And just like any other drug it’s going to mess you up.” ~ Dr. Toby Watson, Psychologist

He added the R.E.A.Ch. – V.I.P. program (Recovery of Emotionally Abused Children with Volunteers in Psychotherapy), modeled by the late Dr. Kevin McCready (R.E.A.Ch.) and Richard Schulman, Ph.D. (V.I.P), whereby those without any financial support could obtain free clinical services for volunteering their time in the nonprofit local community.

Dr. Watson has provided testimony to the Food and Drug Administration regarding ECT and SSRI induced suicide, he was an invited guest speaker and lecturer to the Congress of Mexico (speaking upon children’s mental health and the possible link between psychiatric medications and violence), he has appeared on several national television networks (Oprah, Family Network, etc…) speaking about child behavioral disorders being treated by psychological intervention as a first line of defense (as opposed to psychiatric medications), and has appeared as a featured guest on numerous radios shows throughout the United States.

Researchers at the University of Vermont believe #exercise should be prescribed to patients with mental health issues BEFORE psychiatric drugs.https://t.co/eyjCWSXmbL

The Law Project for Psychiatric Rights (PsychRights) is a non-profit, tax exempt 501(c)(3) public interest law firm whose mission is to mount a strategic litigation campaign against forced psychiatric drugging and electroshock in the United States akin to what Thurgood Marshall and the NAACP mounted in the 40’s and 50’s on behalf of African American civil rights.

Summary Repost  from Truth-Out.org Water and natural landscapes are the epicenter of North Carolina’s booming tourism and recreation economy. In 2013, domestic tourists spent a record $20.2 billion in the state, up from $19.4 billion in 2012. If North Carolina’s proposed regulations are implemented, some of the state’s most visited areas will be industrialized and public…

Warning to all humankind: what has been injected to the entire population isn’t a vaccine. Share this video with all your family, friends and neighbors.

Why I’m Getting Off Twitter – Reading from B.F. Skinner’s “Beyond The Box” Yesterday I was feeling frustrated with the digital world and picked up a book that had just come in the mail:  Alexandra Rutherford’s “Beyond the Box: B.F. Skinner’s Technology of Behavior from Laboratory to Life, 1950s-1970s.” As I got to the chapter…

FACTS ABOUT FLUORIDE (Poison Tap Water from Infowars) – Fluoride is a waste by-product of the fertilizer and aluminum industry and it’s also a Part II Poison under the UK Poisons Act 1972. – Fluoride is one of the basic ingredients in both PROZAC (FLUoxetene Hydrochloride) and Sarin nerve gas (Isopropyl-Methyl-Phosphoryl FLUoride). – USAF Major…