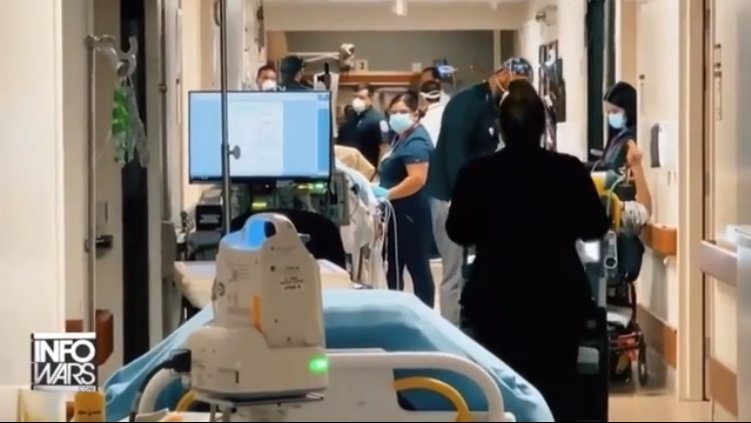 Attorneys have filed three lawsuits against hospitals for forcing the use of Remdesivir and respirators to treat people for Covid-19, oftentimes against the wishes of the patients and their families. They claim that doctors, hospitals, and even states were given ample incentive by the federal government to use the ineffective and dangerous protocols instead of treatments that were more effective but less profitable.

It was a blockbuster interview all the way through, but there was one comment in particular that should chill Americans to the bone. As the attorneys claim in their lawsuits, the unvaxxed were primarily targeted.

According to Infowars, attorneys Michael Hamilton and Dan Watkins joined The Alex Jones Show to break down their fight against medical tyranny and the deadly Covid protocols, such as the Remdesivir and respirator campaign.

“If there’s any group that was targeted, it’s the unvaxxed,” Watkins said. “As soon as they know you’re unvaxxed, you are immediately moved into this protocol and your care is put down on the backburner and no one pays attention to you until you’re done.”

Any homeopathic remedy can be used for treatment or prevention when the relevant symptomatology is known. Historical records and accounts of medical practitioners from the great epidemics speak of homeopathy’s ability to protect against serious infectious diseases. More recently trials have demonstrated prophylactic effects for epidemics such as meningococcal disease and leptospirosis. Veterinary homeopathy has…

Summary Repost  from Truth-Out.org Water and natural landscapes are the epicenter of North Carolina’s booming tourism and recreation economy. In 2013, domestic tourists spent a record $20.2 billion in the state, up from $19.4 billion in 2012. If North Carolina’s proposed regulations are implemented, some of the state’s most visited areas will be industrialized and public…

https://youtu.be/qsVSqYwWFso Connecting the Dots… The Roots of Bill Gates Cultural and Political Power The Institutionalization of Chemical and Biological Warfare Through Philanthro-Capitalism Who exactly gave Bill Gates permission to dictate the earth’s solar radiation budget, the number of people allowed on his planet, and the power to create widespread disruptions in global food output? Watch…

USA – Hello America, Did you know your government is about to give up sovereignty and allow your constitution to be superseded by the WHO?