Libertarianism is controlled opposition, part of the phony Illuminati dialectic. Readers of this website are not surprised by the news the Pauls are endorsing Mitt Romney.

Ron Paul exists to lead the opposition into a blind alley. He doesn’t run as an independent, which he would, were he for real. To him it’s more important that a GOP candidate wins and he’s undoubtedly worried he would split the vote of the right.

According to his buddy Rockwell, Paul’s role is to educate the masses, not to change politics. He ‘touched the hearts of billions of people’ with his love of gold and Austrian Economics.
– See more at: http://www.henrymakow.com/surprised_ron_rand_are_romney.html

Alex Jones joins Alan Greenspan in calling for a Gold Standard
During the 20th century one of the more famous people calling Gold Sound Money was of course Alan Greenspan. His essays from the sixties were all for Gold. The first sentence from the linked essay is really hilarious: “An almost hysterical antagonism toward the gold standard is one issue which unites statists of all persuasions.“

Bill Still – The Gold Solution is a Lie

Follow Ron Paul’s Money too: Peter Thiel, Globalist, Bilderberger, GOProud Activist
Thiel — who gave $900,000 to the pro-Paul group Endorse Liberty — made his fortune as the co-founder of PayPal; he was also an early investor in Facebook, and is now a major player in the world of high-tech venture capital.

“There is NOTHING more local than local money” Spread the love

A “Shadow Government” Will Infiltrate Your Cabinet! https://www.youtube.com/watch?v=uuSS8XvHU_E Dr. Ron Paul appeared in an RT interview speaking about Donald Trump’s election. He made some curious statements about “neocons” and an infiltration by a “shadow government,” and he warned Trump about placing neoconservatives in his cabinet. Trump is currently considering neocons for at least 5 of…

The Scary Message for Everybody in Obama’s Budget Budget experts say Congress needs to cut the debt by at least $4 trillion, plus figure out ways to rein in the mushrooming cost of the biggest budget-busting programs: Social Security, Medicaid and especially Medicare. Budget measures up till now have done nothing about those so-called entitlement…

https://youtu.be/CRXgK4MZJ7s Christianity is often associated with precious metal investments but these two concepts could not be any more dichotomous. Source: Contango Down John Piper – Why I abominate the prosperity gospel Related: Bill Still – Jekyll Island: The Truth Behind the Federal Reserve What’s the real problem with the world economy? It’s debt. Too much… 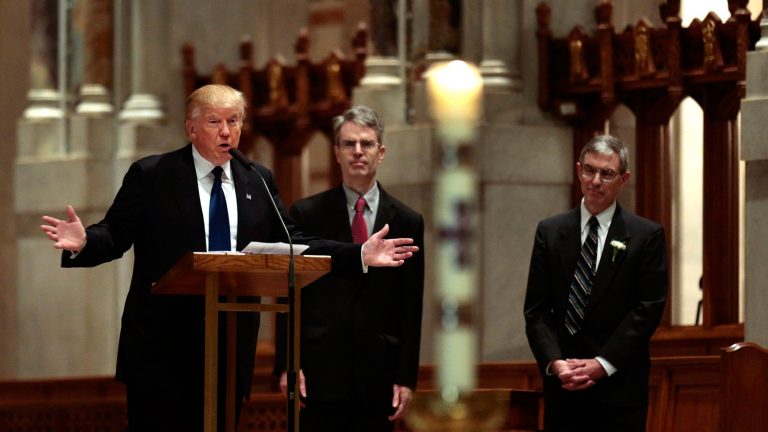