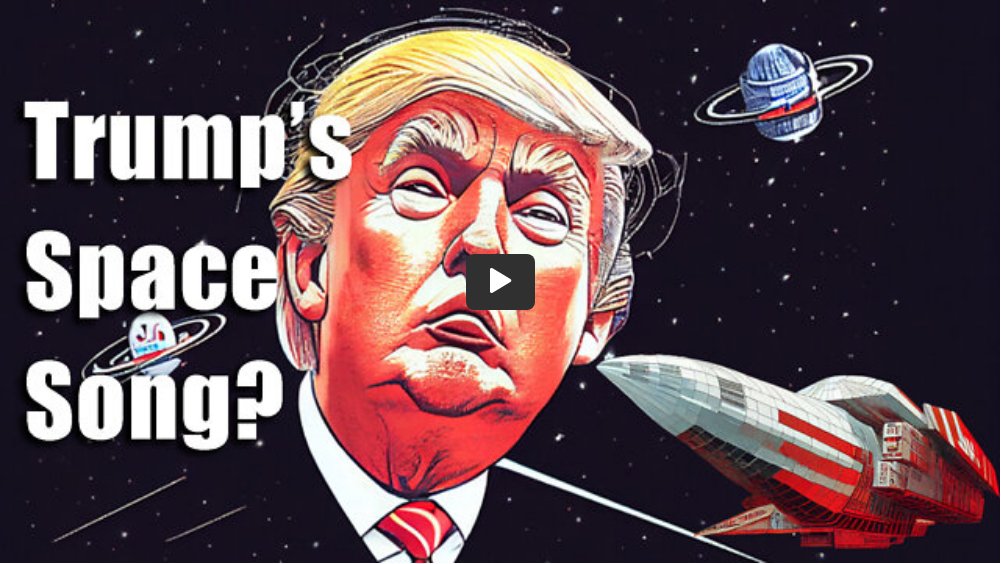 “Semper Supra” was named after the USSF motto, which is Latin for “Always Above.”

* Stacy Abrams Ultra-Liar about Ultra-Sound. Even as CNN covers study showing “fetuses” reacting to the taste of carrots & kale, Abrams & Washington Post pretend heartbeats
* Jared Kushner talks about his ventilator program. You’ll want to intubate him, one end or the other, after seeing this
* The “Space Force” has song. It’s not satire, but funnier than anything Babylon Bee would imagine. And to whom does NASA turn to design a new space station? The same people used by Kubrick.
* New tech to make you feel more comfortable in the NEXT lockdown. So real, it’s just like having a visitor in prison
* Walmart app let’s you try on clothing virtually — but strip first, and only women
* Mar-a-Lago “special master” tells Trump to produce evidence he declassified, Trump tells Hannity a president only needs to think about it to declassify. Meanwhile, Biden can’t think enough to find his way off the stage at the UN
* FBI whistleblower on the extremist agency and its political terror
* Another country boils over — Iranian riots and government reacts with brutality, censorship and shutting down internet completely
I* NTERVIEW: Psychopaths’ Big Step to Nuclear World War. Gerald Celente, TrendsResearch.com. As the world sleepwalks into nuclear war, is there a path out? How did we get here? And on the economic front, what happens after the election?

Find out more about the show and where you can watch it at TheDavidKnightShow.com

https://www.youtube.com/watch?v=FkOEFPxTN5IYou have probably heard the TPP called “NAFTA on steroids” and for good reason. The TPP is a trade deal to dismantle democracy; or a secret global deal that combines all of the worst elements of NAFTA and Citizens United, shoots them up with steroids, sprinkles in a speedball and codifies these principles into a…

Four months after a massive coal ash spill devastated the Dan River, and before the state has remedied its coal ash problem, North Carolina is poised to open a new can of worms. On June 4, 2014, North Carolina Gov. Pat McCrory signed the Energy Modernization Act, lifting a moratorium on natural gas drilling in…

Mike Gravel is a former U.S. Senator who opposed the war on Vietnam and entered the Penatgon Papers into the Congressional Record. He has been an activist and advocate for democracy and peace for decades. He is a current candidate for U.S. President in the Democratic Party primaries. See mikegravel.org Podcast Source: https://washingtonsblog.com/