“Each of us was put here in this time and this place to personally decide the future of humankind. Did you think you were put here for something less?” ~Chief Arvol Looking Horse, Lakota Sioux Nation, Cheyenne River Reservation -South Dakota

‘The Hoaxes of Deborah Tavares?’

Wars over California’s limited water supply have been going on for at least a century. Water wars have been the subject of some vintage movies, including the 1958 hit The Big Country starring Gregory Peck, Clint Eastwood’s 1985 Pale Rider, 1995’s Waterworld with Kevin Costner, and the 2005 film Batman Begins. Most acclaimed was the 1975 Academy Award winner Chinatown with Jack Nicholson and Faye Dunaway, involving a plot between a corrupt Los Angeles politician and land speculators to fabricate the 1937 drought in order to force farmers to sell their land at low prices. The plot was rooted in historical fact, reflecting battles between Owens Valley farmers and Los Angeles urbanites over water rights.

Today the water wars continue on a larger scale with new players. It’s no longer just the farmers against the ranchers or the urbanites. It’s the people against the new “water barons”  – Goldman Sachs, JPMorgan Chase, Monsanto, the Bush family, and their ilk – who are buying up water all over the world at an unprecedented pace.

A Drought of Epic Proportions

At a news conference on March 19, 2015, California Senate President Pro Tem Kevin de Leon warned, “There is no greater crisis facing our state today than our lack of water.”

Right now the state has only about one year of water supply left in its reservoirs, and our strategic backup supply, groundwater, is rapidly disappearing. California has no contingency plan for a persistent drought like this one (let alone a 20-plus-year mega-drought), except, apparently, staying in emergency mode and praying for rain.

Maps indicate that the areas of California hardest hit by the mega-drought are those that grow a large percentage of America’s food. California supplies 50% of the nation’s food and more organic food than any other state. Western Growers estimates that last year 500,000 acres of farmland were left unplanted, an amount that could increase by 40% this year. The trade group pegs farm job losses at 17,000 last year and more in 2015.

Farmers with contracts from the Central Valley Project, a large federal irrigation system, will receive no water for the second consecutive year, according to preliminary forecasts. Cities and industries will get 25 percent of their full contract allocation, to ensure sufficient water for human health and safety. Besides shortages, there is the problem of toxic waste dumped into water supplies by oil company fracking. Economists estimate the cost of the drought in 2014 at $2.2 billion.

The massive Delta water tunnel project, designed to fix Southern California’s water supply problems by siphoning water from the north, was delayed last August due to complaints from Delta residents and landowners. The project remains stalled, as the California Department of Water Resources reviews some 30,000 comments. When or if the project is finally implemented, it will take years to complete, at an estimated cost of about $60 billion including financing costs.

Meanwhile, alternatives for increasing the water supply rather than fighting over limited groundwater resources are not being pursued. Why not? Skeptical observers note that water is being called the next commodity boom. Christina Sarich, writing on NationOfChange.org, asserts:

Numerous companies are poised to take advantage of the water crisis. Instead of protecting existing water supplies, implementing stricter regulations, and coming up with novel ways to capture rainwater, or desalinizing seawater, the corporate agenda is ready, like a snake coiled, to make trillions off your thirst.

These coiled snakes include Monsanto and other biotech companies, which are developing drought-resistant and aluminum-resistant seeds set to take over when the organic farmers throw in the towel. Organic dairy farmers and ranchers have been the hardest hit by the drought, since the certified organic pasture on which their cows must be fed is dwindling fast.

Some critics suggest that, as in Chinatown, the drought itself is man-made, triggered not only by unprecedented carbon emissions but by “geo-engineering” – spraying the skies with aluminum and other particulates, ostensibly to shield the earth from global warming (though there may be other motives). On February 15, 2015, noted climate scientist Ken Caldeira of the Carnegie Institute for Science at Stanford asserted that geo-engineering was the only way to rapidly cool the earth. He said:

A small fleet of airplanes could do what large volcanos do — create a layer of small particles high in the atmosphere that scatters incoming sunlight back to space. Cooling the Earth this way, could be fast, cheap and easy.

The polymer is dispersed into the cloud and the wind of the storm agitates the mixture causing the polymer to absorb the rain. This reaction forms a gelatinous substance which precipitate to the surface below. Thus, diminishing the cloud’s ability to rain.

Suspicious observers ask whether this is all part of a larger plan. Christina Sarich notes that while the state thirsts for water, alternatives for increasing the water supply go untapped:

Chemical Engineers at MIT have indeed figured out how to desalinate water – electrodialysis having the potential to make seawater potable quickly and cheaply without removing other contaminants such as dirt and bacteria, and there are inexpensive nanotech filters that can clean hazardous microbes and chemicals from drinking water. Designer Arturo Vittori believes the solution to the water catastrophe lies not in high technology but in a giant basket that collects clean drinking water from condensation in the air.

Another untapped resource is California’s own “primary” water — water newly produced by chemical processes within the earth that has never been part of the surface hydrological cycle. Created when conditions are right to allow oxygen to combine with hydrogen, this water is continually being pushed up under great pressure from deep within the earth and finds its way toward the surface where there are fissures or faults. This water can be located everywhere on the planet. It is the water flowing in wells in oases in the desert, where there is neither rainfall nor mountain run-off to feed them.

A study reported in Scientific American in March 2014 documented the presence of vast quantities of water locked far beneath the earth’s surface, generated not by surface rainfall but from pressures deep within. The study confirmed “that there is a very, very large amount of water that’s trapped in a really distinct layer in the deep Earth… approaching the sort of mass of water that’s present in all the world’s oceans.”

In December 2014, BBC News reported the results of a study presented at the fall meeting of the American Geophysical Union, in which researchers estimate there is more water locked deep in the earth’s crust than in all its rivers, swamps and lakes together. Japanese researchers reported in Science in March 2002 that the earth’s lower mantle may store about five times more water than its surface oceans.

Dramatic evidence that earthquakes can release water from deep within the earth was demonstrated last August, when Napa was hit with a 6.0 quake. Solano County suddenly enjoyed a massive new flow of water in local creeks, including a reported 200,000 gallons per day just from Wild Horse Creek. These increased flows are still ongoing, puzzling researchers who have visited the area.

Where did this enormous waterflow come from? If it were being released from a shallow aquifer, something would have to replace that volume of withdrawal, which was occurring at the rate of over 1,000 gallons per minute – over 10 times the pre-quake flow. Massive sinkholes or subsidence would be expected, but there were no such reports. Evidently these new waters were coming from much deeper sources, released through crevices created by the quake.

So states Pal Pauer of the Primary Water Institute, one of the world’s leading experts in tapping primary water. After decades of  primary water studies and successful drilling projects, Pauer has demonstrated that this abundant water source can be accessed to supplement our current water supply. Primary water may be tapped directly, or it may be found commingled with secondary water (e.g. aquifers) fed from atmospheric sources. New sophisticated techniques using airborne geophysical and satellite data allow groundwater and primary water to be located in rock through a process called “fracture trace mapping,” in which large fractures are identified by thorough analysis of the airborne and satellite data for exploratory drilling.

Pauer maintains that a well sufficient to service an entire community could be dug and generating great volumes of water in a mere two or three days, at a cost of about $100,000. The entire state of California could be serviced for about $800 million – less than 2% of the cost of the very controversial Delta water tunnels – and this feat could be accomplished without robbing the North to feed the South.

California officials have been unresponsive to such proposals. Instead, the state has undertaken to regulate underground water. In September, a trio of bills were signed establishing a framework for statewide regulation of California’s underground water sources, marking the first time in the state’s history that groundwater will be managed on a large scale. Water has until now been considered a property right. The Los Angeles Times reported:

[M]any agriculture interests remain staunchly opposed to the bill. Paul Wenger, president of the California Farm Bureau Federation, said the bills “may come to be seen as ‘historic’ for all the wrong reasons” by drastically harming food production.

. . . “There’s really going to be a wrestling match over who’s going to get the water,” [Fresno Assemblyman] Patterson said, predicting the regulation plans will bring a rash of lawsuits.

And so the saga of the water wars continues. The World Bank recently adopted a policy of water privatization and full-cost water pricing. One of its former directors, Ismail Serageldin, stated, “The wars of the 21st century will be fought over water.”

In the movie Chinatown, the corrupt oligarchs won. The message seemed to be that right is no match against might. But armed with that powerful 21st century tool the Internet, which can generate mass awareness and coordinated action, right may yet prevail.

Ellen Brown is an attorney, founder of the Public Banking Institute, and author of twelve books including the best-selling Web of Debt. Her latest book, The Public Bank Solution, explores successful public banking models historically and globally. Her 300+ blog articles are at EllenBrown.com.

PrimaryWater.org
Primary Water is why we don’t have a water shortage. WATER IS A RENEWABLE!

Water Wars
NASA Joins “Forces” to Put Satellite Eyes on Threat to U.S. Freshwater – the Threat is We the People From Whom the Water is Being Stolen

[PDF] Shaping the Next One Hundred Years – RAND Corporation

Anything Obama wants, he will get, in the state of North Carolina.  Surely, the North Carolina Democrat Party m̶u̶s̶t̶ ̶b̶e̶ , should be questioning how we got to this point.  Pat McCrory is pushing the hydraulic fracking issue in the name of improving the economic prospects for NC, while Obama  opens the East Coast to…

https://youtu.be/ForvEyNABs8 Biographical Info: http://educate-yourself.org… And here at Wikipedia: http://en.wikipedia.org… This recording was made in 1967. Mr. Fagan gives documentary evidence on how the ILLUMINATI became the instrument of the House of Rothschild in their endevour to achieve a “One World Government”. He uncovers many plots of historical events. Video Source: The River Mersey

The seed is the metaphor of everything that grows.. Source: Cooking Up a Story Secrets of a successful #organic garden… http://t.co/bXhEYYRMCa — Nutritional Anarchy (@NutriAnarchy) October 9, 2014 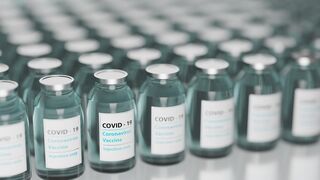